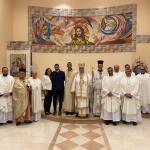 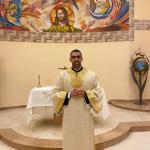 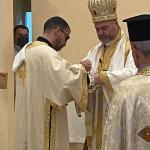 On Thursday, April 22, 2021, H.E. Youssef Matta, Archbishop of the Greek Melkite Catholic Archeparchy of Akko, Haifa, Nazareth and the Galilee, presided over the investiture to the Soutane and the institution of Lector, in the Byzantine rite, of Yousef Haddad, at the Latin Patriarchal Seminary Church in Beit Jala.

Participation was limited to a few Religious men and women, the Latin Patriarchal Seminarians, in addition to a few relatives of the new lector, due to the outbreak of the pandemic. A large number of the faithful, family and friends followed the celebration through social media.

The Latin Patriarchal Seminary has been forming for many years, in a spirit of joy and communion, the seminarians of all the Catholic Churches in the Holy Land.