Home / Holy Land / Jordan
Jordan: The land of miracles, prophets, and religious tourism
Tourists are welcome in the land of peace, harmony and common living to follow in the trail of prophets, of blessed people, and most of all of the steps of the Prince of Peace. 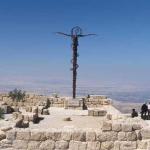 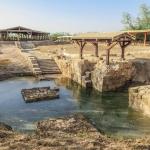 Jordan, which is an integral part of the Holy Land, has recently received a boost in the field of religious tourism when the National Association of Directors of Christian Pilgrimage in France (Association Nationale des Directeurs de Pèlerinages/ANNNP) announced recently that their next meeting will be held in Jordan in November 2023 marking its 75th anniversary.

With the announcement made on Tuesday, November 15, 2022 in the French city of Paray le Monial in the presence of more than 180 guides and directors of pilgrimage trips who conduct religious trips from France to countries around the world as well as to Jordan, Fr. Dr. Rif'at Bader, director of the Catholic Center for Studies and Media in Jordan said, "Choosing Jordan to be the venue for the convening of a friendly and foreign association specialized in religious tourism from France on its 75th anniversary provides signals of the world's appreciation to Jordan, a country which represents an integral part of the Holy Land. Furthermore, it shows the fruition of the efforts played by the tourism authorities in cooperation with the Jordanian Churches, which are also making unstinting efforts to promote visits to Jordan, the holy land of baptism."

Actually, this renowned achievement brings Jordan to the focus of attention of religious tourism not only to be confined to French tourists but to incorporate tourists worldwide who seek to visit the Holy land of Jordan and walk in the steps of Lord Jesus Christ, the Prince of Peace. This issuance will be a source of fruition for religious tourism in the Kingdom. It is important to note as well that this is a significant achievement for religious tourism in Jordan, whereby pilgrimage trips to sites related to Christian religious events are expected to start in March 2023.

Hitting the trail in Jordan unveils numerous Christian holy sites that are worthy to visit so as to get acquainted with them, and to realize their invaluable religious significance. People on religious pilgrimages from all over the world are invited to visit Jordan to views the treasures represented in Christian holy sites which are worthy to visit to seek the aroma of Christian beauty and to walk in the steps of prophets as well as  in the steps of Lord Jesus Christ, the Prince of Peace.

With a 700-kilometer-long trail that traverses Jordan from north to south, one can view Jordan, which is part of the Holy land, brimming with biblical references and adventures.

Umm Qais, a town in northern Jordan near the site of the ancient town of Gadara, is mentioned in the Holy Bible being the location where Lord Jesus Christ performed the miracle of the Gadarene Swine. It states that, “They sailed to the region of the Gerasenes, which is across the lake from Galilee. When Jesus stepped ashore, he was met by a demon-possessed man from the town. For a long time this man had not worn clothes or lived in a house, but had lived in the tombs. When he saw Jesus, he cried out and fell at his feet, shouting at the top of his voice, “What do you want with me, Jesus, Son of the Most High God? I beg you, don’t torture me!” (Luke 8:26-27)

Then proceeding to Gadara, according to the Holy Bible, is the site where Lord Jesus Christ cured a man of his demons. The man was so happy to be able to live a normal life that he went into the Decapolis spreading his good news.  A relevant Holy Bible verse states, “Go home to your friends, and tell them how much the Lord has done for you, and what mercy he has shown you.” (Mark 5:19)

Proceeding further south, one can also visit the site where Elijah was born. Elijah was born in Tishbe. The First Book of Kings presents him as “Elijah the Tishbite.” According to the biblical text, Tishbe is located in Gilead, east of the Jordan River, in western Jordan, precisely where Tell Mar Elias is.

As for Tell Mar Elias (Elijah), it is located slightly outside the town limits of Ajloun, in the biblical-historical region of Gilead.  On the "tell", one can see the remains of a Byzantine monastery and two churches dedicated to Elijah that are frequently visited by the faithful. The smaller church was built between the 4th and 5th centuries. The larger one, built in the 6th century and recently excavated by Jordanian archaeologists, is currently considered one of the largest known Byzantine churches built in the country. A mosaic inscription found on one of the church floors explicitly mentions Elijah.

Another important site to visit is Anjara which is located in the hills of Gilead, east of the Jordan valley where several events mentioned in the Holy Bible took place. According to Christian sources, Blessed Virgin Mary and Lord Jesus Christ walked the mountain range, which runs along the Jordan, and References state that Lord Jesus, Blessed Mary, and some of His disciples stayed overnight in a cave in the Ajloun mountains nearby during one of Jesus’ trips from Jerusalem to Galilee. The Catholic Church in Jordan marks its annual celebration of the national and Christian pilgrimage day to Our Lady of the Mount shrine in Anjara township, Ajloun Governorate, which has been one of the most prominent Christian pilgrimage sites in the Kingdom during the past two decades as it underlines devotion to Our Lady.

Tourists arriving in Jordan must not miss visiting Mount Nebo which is very significant because of its role in the Old Testament. The Holy Bible says that Mount Nebo was the site where Moses lived out his final days and saw the Promised Land, which he would never enter. It is said that Moses' body was buried there.

Furthermore, among the most outstanding sites of Christian religious significance is Baptism Site, located on the eastern side of the River Jordan, is the site where Lord Jesus Christ was baptized by John the Baptist. Visiting this site is of great importance because it has been authenticated by all major Christian Church leaders as one of the holiest sites of Christianity which has been preserved over 2,000 years go. This site and the surrounding area has been a place where several prophets have passed.

Tourists are welcome in the land of peace, harmony and common living to follow in the trail of prophets, of blessed people, and most of all of the steps of the Prince of Peace.