Home / Holy Land / Jordan
World Bishops Communiqué: "Jordan is a holy land; we invite the world to visit it" 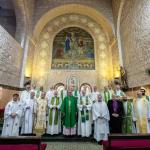 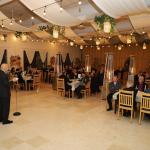 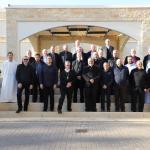 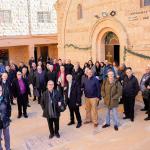 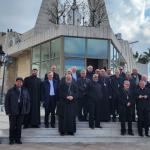 The delegation of "the Holy Land Coordination Bishops in Support of the Holy Land" coming from Europe, northern America, Canada, and South Africa have concluded their annual forum which they held this year and for the first time in the Hashemite Kingdom of Jordan.

In their final communiqué issued at the end of this week-long visit, the bishops noted that they witnessed "the high regard with which the Hashemite Royal Family is held as peacemakers and promoters of interreligious dialogue". They also expressed their appreciation for the fact that Jordan respects human dignity, and stressed that Christians in Jordan value the safety that the country affords them.

The bishops stressed that "Jordan is an integral to the Holy Land, and this is corroborated by the site of the Lord Jesus' baptism and His early ministry on its land". They noted that "across the country they have been welcomed into parish communities, many of which they found to be vibrant" adding that "Christian schools were highlighted as places of human flourishing and encounter between faiths."

On the visit, the bishops stated in their final communiqué that they witnessed the tireless and vital efforts presented by Christians to people with disabilities and their families as well as the most prominent and vibrant efforts in support for those fleeing violence in Iraq, Syria and Yemen through the provision of accommodation, skills-training, medical facilities, pastoral care, and advocacy. They also "heard of the important role that Christians play in building bridges of hope between communities, and met many young Christians who, despite facing significant social and economic challenges, remain resolutely committed to enriching both Church and society."

The bishops drew attention to the fact that Jordan today hosts more displaced people than almost any other country which caused pressures on local communities that have welcomed people yet they lack the necessary resources to meet their needs, especially given the economic circumstances and the high levels of unemployment. In this regard, the bishops stated that it is imperative that their own countries play their part in relieving the pressure on the people of Jordan, both by increasing humanitarian assistance on the ground and extending a wider welcome to refugees themselves.

During the week-long visit they spent in Jordan, the bishops visited several ecclesiastical institutions operating in Jordan, including a visit to a number of churches in Amman, Fuheis, Madaba, and Ajloun, the Latin Vicariate where they met Latin Patriarchal Vicar for Jordan Bishop Jamal D'aibes, the Apostolic Nunciature, the Our Lady of Peace, Center, Caritas Jordan, and “Habibi” Charity Association, and the General Secretariat of the Christian Youth. They also participated in the Catholic Churches' pilgrimage day to the Baptism Site. Furthermore, head of the bishops' delegation Bishop Nicholas Hudson participated in the press conference held by the Catholic Center for Studies and Media (CCSM)  in Jordan on the eastern bank of the Jordan River. The bishops also participated in the priestly ordination of the two new priests, namely Yazan Bader and Michael Al-Dheeb.

The Jordan Tourism Board (JTB) and the CCSM which is affiliated with the Latin Patriarchate held a introductory seminar of these institutions by highlighting the role they play in supporting tourism in general, and religious tourism in particular to Jordan in its capacity as a holy land full of several unique Christian religious sites in the world. The participants in this seminar were Director General of the Baptism Site Ruston Mkhjian, JTB official in charge of Christian pilgrimage Amer Tawal, CCSM Director Fr. Dr. Rif'at Bader, and Pastoral Center for Marriage and Family Affairs Fr. Bashir Bader.

The Apostolic Nunciature in Jordan held a banquet in honor of the delegation of the  Holy Land Coordination bishops which was attended by 22 ambassadors of foreign countries accredited to Jordan that represent the countries from which the bishops came.  During the banquet, Chargé d’Affaires of the Apostolic Nunciature in Jordan Msgr. Mauro Lalli said that despite Jordan's proximity to conflict zones in the Middle East, yet it built a model of society based on tolerance and mutual understanding free from illusions, but based on healthy realism." He also called on present bishops and diplomats to continue supporting the Christian presence in the Holy Land region, as well as to strengthen the social work carried out by all churches.

It is worthy to note that the Holy Land Coordination was established in England and Wales in 1998 with the approval of the Holy See in order to support the Churches of the Holy Land. It consists of a number of bishops from several countries who visit the Holy Land every year in January with the aim of expressing solidarity with the Christian Churches and the experience of the local Church.

Other News
Palestine
The different faces of consecrated life
Palestine

Jerusalem: Statement of the Custody of the Holy Land following vandalism
Palestine

Meditation of Patriarch Pizzaballa for the presentation of Lord Jesus in the temple
Palestine
Holy Land: Holy Mass celebrated marking the World Day of Peace
Palestine